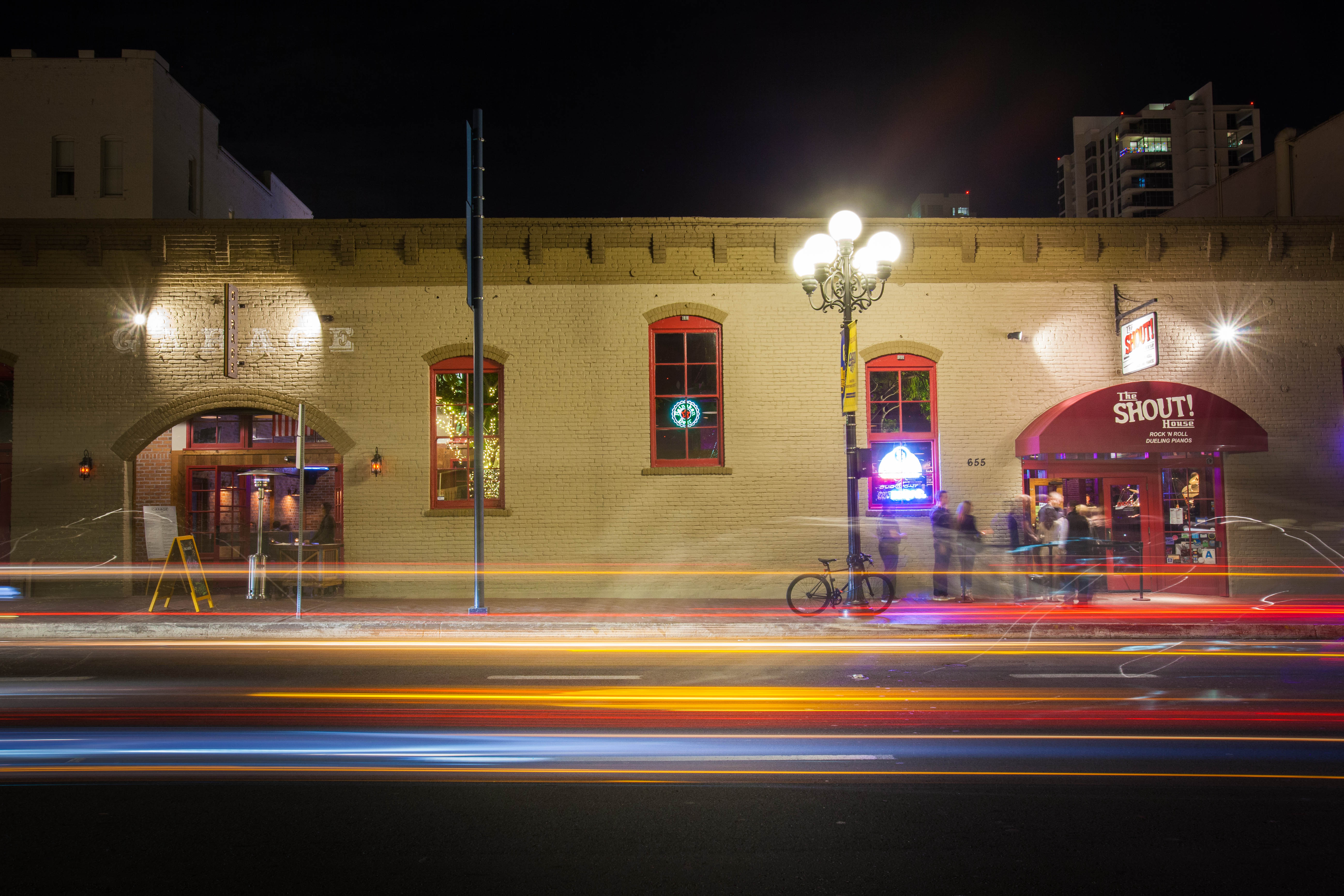 We’re not sure how we pulled this one off, but by the grace of the Gaslamp District deities, we did. Garage Kitchen and Bar is a sister venue to the Shout! House, which is conveniently located right next door. That being said, we wanted to set some time aside to explore the blogosphere, and share with those who are interested a bit about us, and what it’s really like to run two VERY different venues; More honestly, however, how we survive as not just a business, but as a family of 45 very different people under one single roof.

The Shout! House stands alone; so much so that it’s become a brand of its own, and for that we are grateful. Like most things that gain positive momentum in life, the only natural next step is continued expansion. As this seemed to dawn on us, the space that is now known as the Garage Kitchen + Bar became available. The process of opening the Garage took about 3 years from concept to completion. We always knew that we wanted a bigger space or another place to continue our growth, but none of us were prepared for everything that was to come. Maybe, perhaps, nobody ever is.

Here we were managers, owners, and employees (both FT & PT) used to one concept: Dueling Pianos. The amount of time and focus that was put into the Shout! House eventually made it as easy as anything else – well, anything else we may have found easy. Maybe it’s for this reason, and this reason only that we underestimated the amount of man-power and brain-power that is involved in running another venue; let alone, one that is drastically unique in it’s polarity to the Shout! House.

From the moment we received approval, there was a ton of work to be handled. First, the concept; It was somewhat clear to us that we wanted this newly acquired space to be separate from the Shout! House, but at the time in a not-so-obvious way, connected. After some hemming and hawing, it was agreed upon that the new space would become a musically themed venue, but also a local hangout spot with strong drinks and great food. We figure, if not music, what would connect the two? If not music, what would any of us connect over? Ah, the concept was born.

Crafting up a name for this musically-focused venue was another hat to wear – one of which we all tried on, but to none of us did it fit: The Green Room, Back of the House, and The Hidden Key were all tossed around before Garage Kitchen + Bar was finally decided upon.

Last, but certainly not least, how to make an idea turn into a functioning reality…this was a bigger task than any of us guessed it would be. Permits, inspections, and construction snafus dragged the whole process out about a year and a half. Whoever came up with the phrase “good things come to those who wait”, was correct, and also an enemy to all of us. We hate that guy.

A last, one afternoon in December 2014, the Garage Kitchen + Bar opened its doors to the public, and we couldn’t be more grateful for the opportunity to share it with all of you.